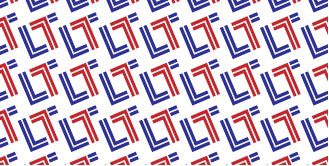 Liability to social contributions on income (CSG-CRDS), that are not necessary linked to right to benefit with social services in return, has raised questions in terms not only on equity but also in strict implementation of law for long time.

In this context the Court of Justice, in its decision of 26 February 2015 ruled an important contribution for anyone liable in France to social contributions.

This judgment has just been confirmed by the Administrative French Supreme Court in a similar case involving a French resident and social contributions on property capital gain while not affiliated to the French compulsory social security scheme.

Both Courts analyze the cases as followed:

2. The practical consequences of these precedents:

We consider that the consequences of these judgments go wider than the strict situation of the social security contributions on property income.

However, due to these precedents, individual non-residents are able to prevail themselves of the provision of the European Regulation n°1408/71 and are entitled to claim reimbursement of the social security contributions.

This opportunity applies to:

In such situation, French Individual Residents are also able to prevail themselves of the provision of the European Regulation n°1408/71 and are also entitled to claim reimbursement of the Social Security contributions.

The income in question are:

These individuals, employees or self-employed workers in Switzerland, are subject to only one set of Social Security rules that necessarily corresponds to the State in which they exercise their professionnal activity.

Therefore, French cross-border residents affiliated to the Swiss Scheme (LAMal) or those who were holders of an private insurance before May 31st, 2015 are able to prevail themselves to claim reimbursement of the social security contributions.